The name ATOMAA derives from the Ancient Greek word ἄτομος (átomos, “indivisible”) which comes from the words ἀ + τέμνω (“not” + “to cut”).
In ancient (and still in modern) Greek language ἄτομος (átomos) also means Person. 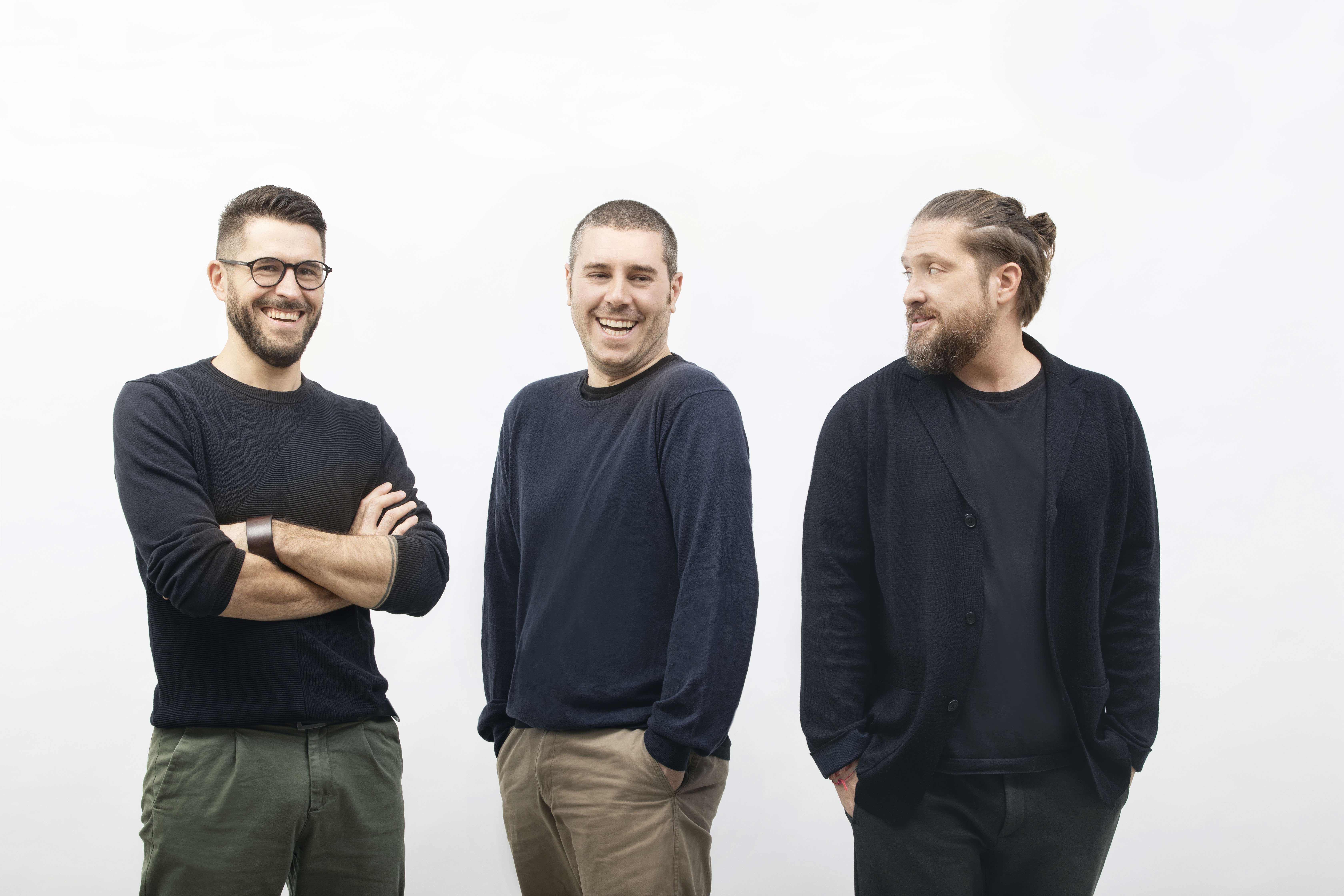 Born in Domodossola, Andrea studied in Milan, at the Polytechnic University, and in Athens, at the National Technical University NTUA. He completed his degree in 2008. He is registered architect at Ordine degli Architetti di Milano (OAM).
After graduating, he worked for architectural practices in Greece (Eleni Kostika Architecture, Athens) and in Italy (Studio Ravogli, Milan) until he joined David Chipperfield Architects in 2009, where he worked as a project architect until 2013.
Andrea moved to South America in 2013 and worked on several projects in Santiago de Chile.
Whilst in Chile, he also designed and constructed several country houses in association with the architectural practice Matias Zegers Arquitectos.
In August 2014 he founded in Santiago de Chile ANDEarchitettura. Since 2009 he has also been teaching assistant in the Architectural Design courses at the Polytechnic University of Milan.
In 2018 he co-founded with Cesare and Umberto the architectural firm ATOMAA.

Born in Milan, Cesare studied in Milan, at the Polytechnic University and Facultade de Arqutectura do Porto. He completed his degree in 2008. He is registered architect at Ordine degli Architetti di Milano (OAM) and Architects Registration Board in UK (ARB).
Between 2006 and 2008, during his studies, he participated in few projects in architectural offices like: Matteo Thun & Partners, Gianni Ottolini, Liverani&Molteni.
From 2008 to 2011 he works with Onsitestudio Srl, international architectural firm based in Milan, while collaborating as assistant teacher in Politecnico di Milano (arch. Fortis’s design course). In 2011 he starts his own firm “Planair”, focused on residential buldings and interior design. Between 2016 and 2019, he is project leader at Onsitestudio Srl, working on Public Building for Sport Facilities and Offices in Sassuolo.
In 2018 he co-founded with Andrea and Umberto the architectural firm ATOMAA.

Born in Varese, Umberto studied in Milan, at the Polytechnic University, where he graduated in 2007. Since then he divides his time between practice and research, attending construction sites (with Claudio Sangiorgi) and participating in design competitions (with Andrea and Cesare). Since 2008 he has been involved in metropolitan architecture and environmental sustainability with Massimo Fortis as part of his PhD course and he is a member of the CTBUH (Council of Tall Buildings and Urban Habitats). In 2012 he received a PhD in AUC (Architecture and Urban Planning and Conservation of Housing and Landscape) and he founded the studio ASABESI with Eleonora Salsa with whom he shares the passion for the intimate scale of living spaces, the scent of wood and reflected light. Craftmanship and Playfulness are two terms that are nice to him.
From 2018 he teaches Architectural Design with Orsina Simona Pierini at the Polytechnic University of Milan and with Andrea and Cesare co-founded ATOMAA.

The practice was founded in 2018 by Andrea Del Pedro Pera, Cesare Galligani and Umberto Maj. ATOMAA is formed from a fifteen-year friendship between the three partners and the union of their three architectural firms.
ATOMAA is Architecture and Interior Design. The studio takes care of the architectural design and the coordination of the key aspects of the project, in order to propose synthetic visions for unique inhabitable spaces.
ATOMAA aims to create a unique relationship between people and architecture.

Every person who joins our team, with energy and enthusiasm, is not only valued as a highly skilled and talented collaborator,
but is valued as an individual who becomes part of the writing of our narrative.

Last but certainly not least, those who turn our ideas (and material projections) into reality.
ATOMAA chooses to entrust its projects with local artisans, each adding their personal flavour to our visions during the process of production.
These craftsmen and women pour their hearts into their craft and we often find ourselves spending countless hours with them, getting our hands dirty,
in order to better understand their craft while being given the opportunity to add our creative touch to the production process.
This is an approach we love, truly value and appreciate.

© 2023 ATOMAA. All rights reserved. Unless otherwise indicated, all materials on these pages are copyrighted. No part of these pages, either text or images may be used for any purpose other than personal use, unless explicit authorisation is given. Therefore reproduction, modification, storage in a retrieval system or retransmission, in any form or by any means – electronic, mechanical or otherwise, for reasons other than personal use, is strictly prohibited without prior written permission.
This website uses cookies to improve your experience. We'll assume you're ok with this, but you can opt-out if you wish. ACCEPT
Privacy & Cookies Policy

This website uses cookies to improve your experience while you navigate through the website. Out of these cookies, the cookies that are categorized as necessary are stored on your browser as they are essential for the working of basic functionalities of the website. We also use third-party cookies that help us analyze and understand how you use this website. These cookies will be stored in your browser only with your consent. You also have the option to opt-out of these cookies. But opting out of some of these cookies may have an effect on your browsing experience.
Necessary Always Enabled
Necessary cookies are absolutely essential for the website to function properly. This category only includes cookies that ensures basic functionalities and security features of the website. These cookies do not store any personal information.
Non-necessary
Any cookies that may not be particularly necessary for the website to function and is used specifically to collect user personal data via analytics, ads, other embedded contents are termed as non-necessary cookies. It is mandatory to procure user consent prior to running these cookies on your website.
SAVE & ACCEPT